Why do rising interest rates mean it’s time to buy?

Why do rising interest rates mean it’s time to buy? 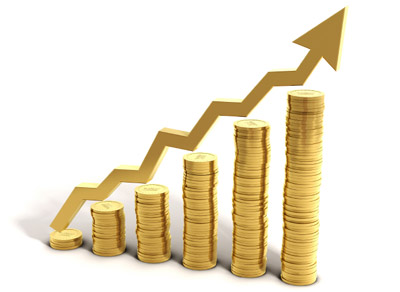 Ten years ago, the Federal Reserve responded to the economic downturn by pushing interest rates to record low levels. Those very low interest rates helped the housing market get back on its feet by making it cheaper to own a home. Now that the economy is running on all cylinders, the Fed has announced its first rate hike of 2017, while hinting at additional increases throughout the remainder of the year.

After all these years of low interest rates, what effect does a rate hike have on America’s housing market? As a notoriously conservative group, the Federal Reserve only began to consider raising rates as unemployment fell, and wages began to rise. Taking into account that the housing market is currently robust and that any dip in the housing market will likely be offset by gains in other areas of the economy, a rate hike shouldn’t be an overwhelming blow to the housing industry.

For homebuyers, as interest rates go back up to more normal levels, the cost of buying a house will also rise. But that’s not necessarily a game ender. To see how prices might be hit by rising rates, real estate consultant John Burns ran the numbers, assuming the rate for a 30-year fixed mortgage gradually moves back up to 6 percent – from the current average of just over 4%. For homebuyers who lock in lower rates now, the cost of homeownership is still pretty affordable.

So if current rising rates are still manageable, what’s the motivation to buy now? Purchasing power. Even one percentage point can seriously affect your purchasing power (i.e. how much house you can afford). According to Lawrence Yun, the Chief Economist and Senior Vice President of Research at the National Association of Realtors, a simple mortgage calculation shows a loss of about 12% in purchasing power from a one-percentage point rise in mortgage rates. For example, a person taking out a $200,000 30-year fixed rate mortgage at 3.75% rate would have a $926 monthly payment (just principal and interest). At 4.75%, and with the desire to keep the same monthly payment, the loan amount has to be cut to $177,500. The buyer’s purchasing power has been reduced due to the higher rate.

The bottom line? According to the experts at Freddie Mac, the days of historically low interest rates are over for now. But a reasonable rate hike is not bad for America’s housing market. It reflects strong economic growth, which could make the housing market even more competitive. However, if a new home with Beechen & Dill Homes is in your future plans, you should act now before successive rate hikes put it out of your price range.

Headquartered in Burr Ridge, Illinois, Beechen & Dill Homes is recognized as one of Chicagoland’s most buyer-friendly and distinctive home builders. Beechen & Dill Homes has constructed an award-winning reputation over 40 years and dozens of planned communities and custom home projects in Chicago’s south and southwest suburbs. For more information, please visit beechendill.com.