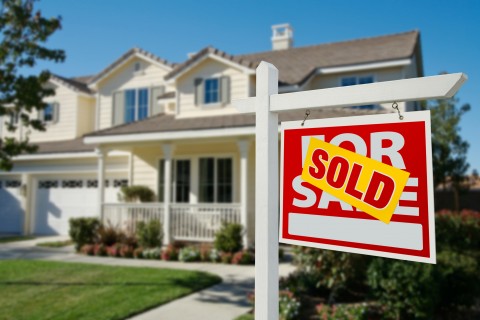 Led by a 19.6 percent sales gain in the Midwest, new home sales in the U.S. jumped 7.9 percent from July to August, according to the U.S. Department of Commerce. The near 8 percent national jump is the nation’s largest leap since January.

The data spotlights residential construction’s stunning turnaround from the depths of the recession. New homes sales in August 2013, in fact, were up almost 13 percent compared to August 2012.

“Buyers are seeing the value that’s present in the marketplace and tired of sitting on the sidelines. They’ve put their plans for a new home on hold long enough and are ready to move,” Beechen & Dill Homes director of sales Bob Williams says.

So what’s driving the progress?

Existing home sales. Existing homes are selling and prices are approaching pre-recession levels, allowing current homeowners to “move up” to their next home. According to the Illinois Association of Realtors, 11,771 homes were sold in the nine-county Chicago area in August, a 24.3 percent gain from August 2012.

“For too long, homeowners wanted to buy a new home, but were afraid to move feeling they were going to take too big a hit on the sale of their existing home,” Williams says. “As more homes sell and prices rise, more people are getting in the game to buy their next home.”

Historically low mortgage rates. The average interest rate on a 30-year, fixed rate mortgage continues hovering around 4.5 percent. While that represents a slight uptick from the sub-4 percent rates of recent years, the 4.5 percent average nevertheless sits among the lowest home loan interest rates the nation has seen in decades.

Innovative homebuilders. While some homebuilders tightened their belts during the recession, others amplified their efforts to be distinctive in the marketplace. Beechen & Dill, for instance, churned out new “rightsized” home plans that made efficient use of space and allowed for more economical price points; offered a 10-year structural warranty on its new homes; and earned top-of-the-line Diamond certification from Environments for Living’s high-performance home construction program, Illinois’ first homebuilder to achieve that lofty industry credential.

“We redoubled our efforts into being an absolute first-rate homebuilder and buyers see that in our home designs, the quality of our construction, and our commitment to their investment,” Williams says.